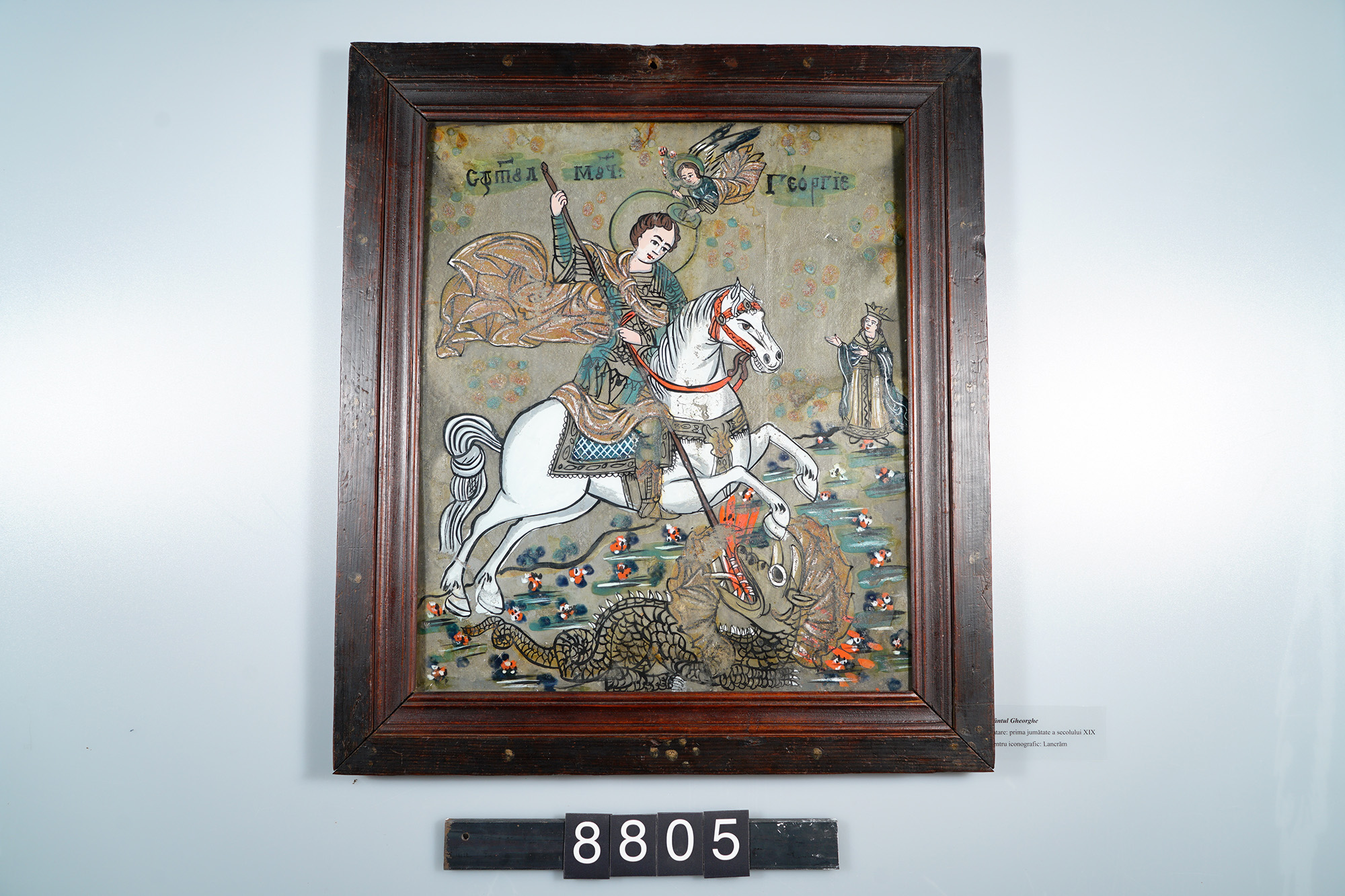 Celebrated every year on April 23, the Holy Great Martyr George is one of the most beloved saints on the calendar. He is also known as the Victory Bearer, the day being marked by the decoration of houses with green branches that symbolize the rebirth of nature, according to popular tradition.

Saint George was born of Christian parents in Cappadocia during the reign of Emperor Diocletian in the 4th century. He becomes a soldier in the Roman army, faces persecution of Christians that began in 303. After confessing his faith in Christ, due to his religious convictions, he is imprisoned, tortured, killed by beheading on April 23, this day becoming his day of remembrance.

In the iconography, St. George appears on horseback, piercing a dragon with his spear. There is a legend that St. George killed the dragon to save the Libyan city of Selena, a dragon that terrorized the inhabitants. This representation of victory represents courage in the fight against the devil. Another representation of St. George in icons is that of a pedestrian warrior or military leader with a cross in his right hand and a sword in his left one.

The icon we present today represents Saint George on horseback, piercing the dragon. The icon is part of the innovative exhibition realized within the project and has the inventory number 8805. This icon is dated in the first half of the 19th century, it belongs to the Lancrăm icon centre. As a material and technique, the outline is drawn with ink on the back of the glass (irregular thin glass, made by hand), with the brush, following a model. Surface painting is done with tempera. In some places, silver paper is glued, used as a background. The resinous resin frame is profiled and painted. In size, the icon is 46 cm x 36 cm.

The exhibition is organized within the project Innovative techniques in cultural heritage valorisation. Icons from the Sebeș Valley from the collection of the Transylvanian Museum of Ethnography, a project implemented by the Transylvanian Museum of Ethnography as a promoter, in partnership with the Technical University of Cluj-Napoca and the Norwegian association NUDA AS, funded by the EEA Grants 2014-2021, within the RO -CULTURE Programme.

The icon can be admired within the mentioned exhibition, at the museum’s headquarters, Reduta Palace, Memorandum Street no. 21, Cluj-Napoca.

This project is financed with the support of EEA Grants 2014 – 2021 within the RO-CULTURE Programme.